Hilary Duff showed off her astounding physique for the Australian Women’s Heath January 2023 edition just one year after giving birth to her third child.

After fighting an eating disorder which left her uncomfortable in her own skin, the Lizzie McGuire star, 35, showed how far she’s come as she flaunted her toned figure. 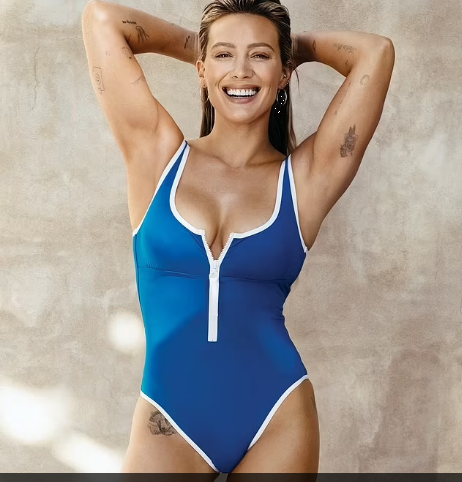 Changing from one blue swimsuit to the next, she put her taut stomach and ripped biceps on display as she beamed with joy in the tight garbs.

Many pieces of her expansive ink collection were on full display, such as the roses on the inside of right bicep next to a crescent moon and star and a triangle cut by a pointed down arrow. She also had a previously unseen bear tattoo on her hip bone.

The How I Met Your Father star also has ‘Let It Be’ on her right foot and a ghost tattoo with the words ‘ride or die’ on the bottom, which she got with best friend Alanna Masterson. 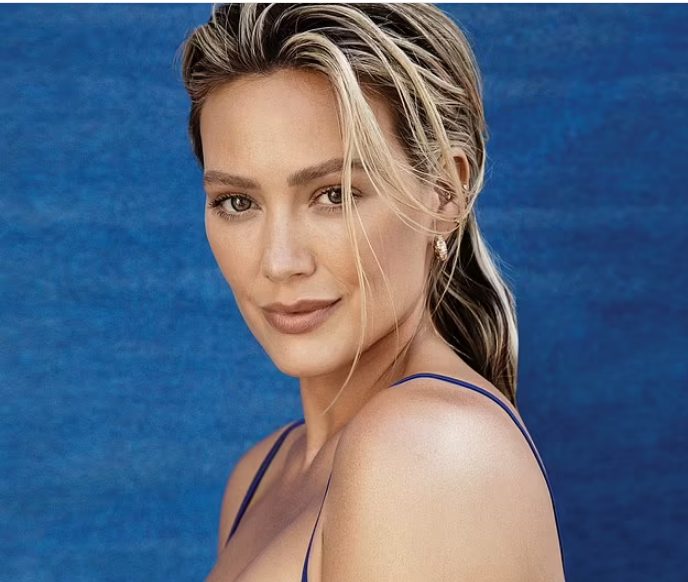 A tattoo of the French phrase ‘Ma Petite Amie’ was inked on the right side of her rib cage, which translates to ‘my girlfriend’, along with a smiley face above her elbow.

She also revealed to Women’s Health she has a new tat of the word ‘mother’ on the back of her neck.

The mother-of-three told the publication she didn’t start feeling comfortable in her own skin again until the birth of her second child, three-year-old daughter Banks. 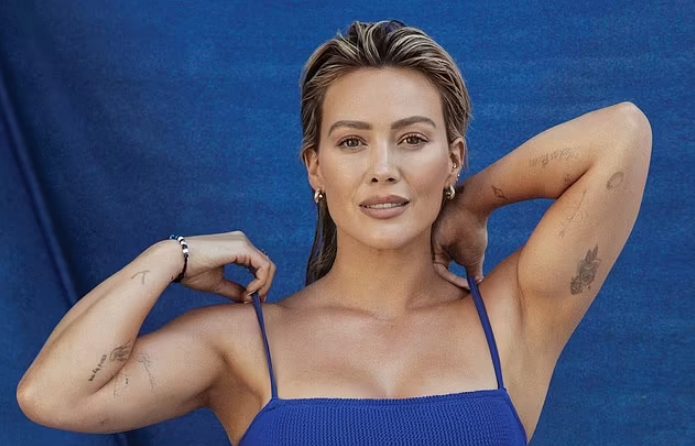 ‘I didn’t even know if I was going to have the opportunity to have another child [after the divorce],’ she continued. ‘So, being a mom again, maybe. It was a whole mix of things – of being settled and realizing that I’m powerful and talented and smart. All mental things.’

Still, Duff said the pressures to be ‘skinny’ as an actress can be hard to navigate and led to a yearlong eating disorder at the age of 17. 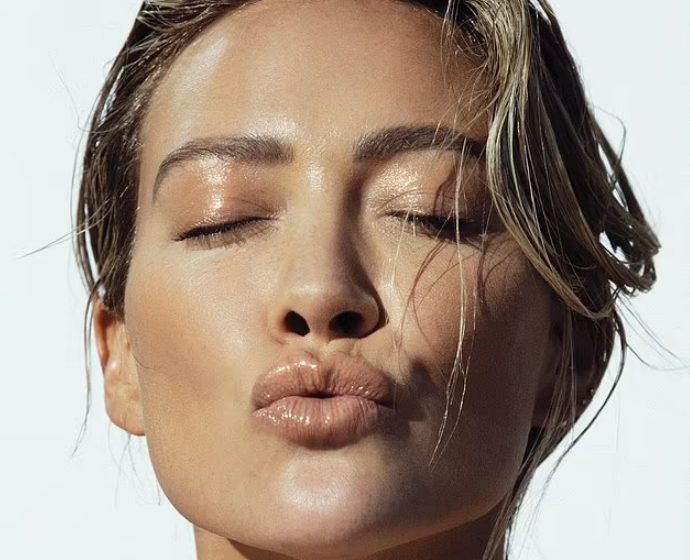 ‘It was horrifying,’ she said of struggling with an eating disorder which landed her in a treatment facility for anorexia and bulimia.

She added: ‘At 34, I have gained a lot of respect for my body. It’s taken me all the places I need to go, it’s helped me build a beautiful family. I feel like the older I get, the more confident I get in my own skin.’ 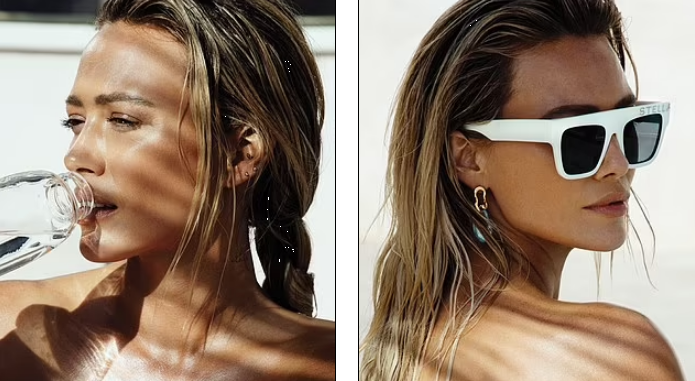 Duff got her first big break in Hollywood when she landed the lead role of Wendy in the 1998 made-for-TV movie Casper Meets Wendy at just eight-years-old.

In 2001, she became a household name on her hit Disney Channel series Lizzie McGuire, which led to her getting cast in films like A Cinderella Story, Raise Your Voice, Material Girls and shows like Younger.

She shares her daughters Banks and Mae, one, with husband Matthew Koma and her son Luca, 10, with ex-husband Mike Comrie.